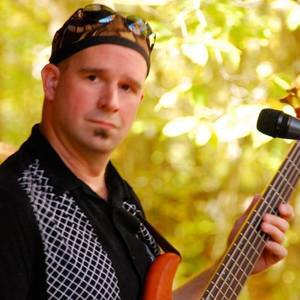 Dan Lopata originally started running XC in Jr. High and was on the Varsity squad in 9th and 10th grade until he decided music and the rock and roll lifestyle was more important. He started running trails again in 1999 and expanded to ultras in 2001-2002 where he completed Bull Run Run 50 miler twice, Won the KISS 50 miler in the Finger Lakes Forest, Top 10 finish at Haliburton 100, and a 2nd place finish at the Presque Isle 12 hour foot race. After damaging his Achilles Tendon he took much time off and eventually started trail running again for pleasure in 2008.

Dan is the father of 4 amazing kids, husband to #TrailsROC board member Amy Lopata, a business owner www.libraryscore.com , and a musician. He works at Sibley Music Library at the Eastman School of Music (The largest academic music library in North America) and performs regularly with a few acts around town: Hanna and the Blue Hearts, Genesee Johnny, and Crabapples.