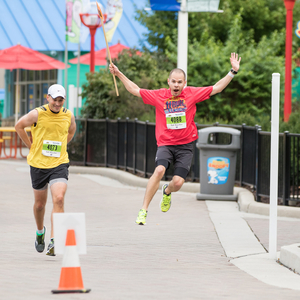 Chris started running in high school and continued running cross-country and track for Nazareth College, a Division III school, in Rochester, NY. Since graduating in 2007, he has continued his love of running which culminated in him running his first marathon in the fall of 2010 (Wineglass in Corning, NY). Since then, he has run 21 marathons (and counting), qualifying for and running Boston each year, with a personal best of 2:51 in 2016.

In 2013, after helping pace a friend in a marathon, he found he received as much satisfaction out of helping others achieve their goals as he did in achieving his own. Along with pacing countless marathons and half-marathons around the United States, he is a volunteer assistant coach for the distance training program at Medved Running and Walking Outfitters in Rochester.

In March 2016, he received his professional coaching certification from the Road Runners Club of America. Chris hopes to use his knowledge of running to help guide athletes achieve their fitness goals through his new endeavor, Apex Performance Running, LLC.

For more information, e-mail chris@apexperformancerunning.com. The website will be launched in late May of 2016.